Lisa Westerhout grew up in Canada, and at 15 had her own piano teaching practice in rural Quebec before moving to England and studying piano at the Royal College of Music.

Some years later she turned to classical singing, studying at Morley College in London and with Geraldine Frank and David Coussell. She performed in the UK and abroad with accompanists Irene Tait, Schubert pianist Joan Robinson and organist Dr. Robert Manning.  As 'Oyster Productions' together with actor Matthew Dexter she sang cabaret in country houses and hotels.

Lisa first wrote theatre music for the Chrysalis Theatre School run by actor/director Peter Bridgmont and his wife Barbara.  She has since been MD and composer for many theatre companies including the Oxford Shakespeare Co., ReCreation, Bold and Saucy, and The Globe Touring, with directors Andrea Montgomery, Sarah Davey-Hull, Kevin Hosier and Roy Marsden. She has also written music for talking books and short films and gained a diploma in TV and Film Composition from the London College of Music.

Lisa ran the “What You Always Wanted to Know But Were Afraid to Ask" music courses with Dr. Robert Manning, the 'Chocolate Cake' Choir Workshops with Alex Chaplin, and taught score reading for stage technicians at Mountview Academy, and the Central School of Speech and Drama.  She also taught singing and music theory for many years at Morley College, where Michael Natkanski was one of her students. 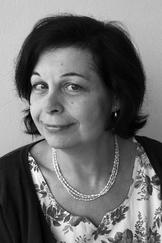